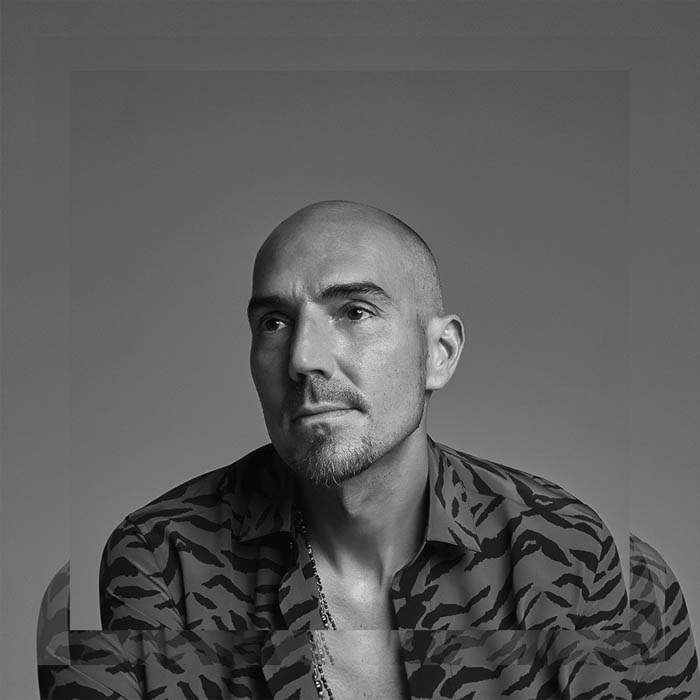 "Not many artists are lucky enough to release a track that defies genre classification and reaches into mainstream culture, with people enthusiastically embracing its melody and adopting it as if it were a football anthem. Taken from the critically acclaimed LP “Satellite” (out on Drumcode in September 2014),“Rave” has become an instant classic, a timeless piece of music that stayed on the N°1 Beatpor t Techno spot for more than two months, and for more than a year and a half in its overall chart,gaining more than 20 million clicks onYoutube (becoming the most clickedTechno track ever). Since 1996, a landmark year for him thanks to the worldwide success of his track “Zoe” produced as Paganini Traxx, Sam Paganini’s stylistic experimentations have gone from strength to strength, leading him to collaborate and release his music on several record labels until Techno pioneer Richie Hawtin welcomed him to his Plus8 imprint in 2011 with the “Cobra” EP. With the subsequent releases of the“BodyTo Body”EP on Cocoon Recordings and the“Prisma”,“Eros”and“Black Leather” EPs on Drumcode,all reaching the highest spots on Beatport’sTechno Chart,his unique musical journey has achieved great success both on the underground circuit as well as on the mainstream channels."